I Put Botox in One Half of My Forehead and Dysport in the Other. It Turns Out They’re Not the Same.

Delray Laser and Medical Spa Blog I Put Botox in One Half of My Forehead and Dysport in the Other. It Turns Out They’re Not the Same. Dysport, known as abobotulinumtoxinA, is a neuromodulator that works similarly to Botox. It affects the nerves that control muscles, to put them out of commission, thus smoothing expression lines. One key differentiator? The proteins in Dysport are smaller than those in Botox, which some say allows for more “spreadability”—meaning, it may diffuse more across larger areas, making it better for covering spots like the forehead (versus small lines around the eyes).

Dysport vs. Botox: What’s the difference?

For starters, Dysport seems to have a slightly longer life span. “Anecdotally, Dysport kicks in a little bit sooner—two or three days before Botox,” says Dr. Rowe. “It’ll kick in on day four or five, whereas Botox might take a week. And most patients relay that Dysport lasts a couple of weeks longer.”

Research in JAMA Dermatology backs up the latter point, finding that while Botox’s effect began to fade after 10 weeks, Dysport lasted a bit longer. In fact, it appears to last long enough for patients to be satisfied with twice yearly appointments, per a clinical study from the manufacturer, Galderma—once every six months.

As far as spreadability, however, Dr. Rowe hasn’t found there to be a significant difference between the two. If anything, “the spreadability of Botox and Dysport is the same. The spreadability of any drug is related to the fluid you put into that,” he says. “If you add more, it can move. It’s different from anything intrinsic to the medication.”

I began the appointment with Dr. Rowe’s PA, Brooke, who took treatment photos of my face before the injections. She took one of my face at rest and one with a surprised look. This would determine where Dr. Rowe would put in the injectables.

When Dr. Rowe came in, we chatted about the differences between Dysport and Botox as he swiped through my before photos. “If patients don’t have a preference, I usually use Dysport because it gives them more bang for their buck,” he says. “They work through the same mechanism, but there are slight differences, like how they’re metabolized by the body—and so Botox seems like it might be metabolized a little bit sooner.”

We decided to divide my forehead into halves, one for Dysport and the other for Botox. “Why don’t we put Dysport on your right and Botox on your left? The reason being that [for] Dysport, D can be dextro—that’s Latin for ‘right’,” Dr. Rowe suggested. [Note: When looking at my photos, Dysport appears on the left side and Botox on the right.] He then got to work, injecting 17.5 units of Dysport into the right side of my forehead and glabella in five different spots and followed up with 17.5 units of Botox to the left forehead and glabella in another five spots.

After a few minutes of minor discomfort—it doesn’t hurt, exactly, but needles as a concept make me light-headed—I was all set. Dr. Rowe handed me a mirror so I could see exactly where he’d done each injection, which rose up to form tiny bumps. That was just from the needles, he assured me, and promised they’d disappear soon.

On my 20-minute walk home, I was a little self-conscious about the skin bubbling, which I’d never experienced before, but found that just as Dr. Rowe had said, they’d disappeared entirely by the time I got home. I had a slight headache but otherwise just carried on with my afternoon.

MY Dysport vs. Botox POSTINJECTION DIARY

I wake up to find a very clear difference in how well I can move my right eyebrow (Dysport)—which is to say, not at all. It’s a weird feeling, because my left side is still moving normally when I raise my eyebrows, but my right side feels like the skin is stuck to the bone. That’s not necessarily bad. But when I’ve gotten Botox in the past, I’ve asked to have some movement, so it’s just uncharted territory for me. I can also see the contrast in the lines above the brows, which are deeper on my left side (Botox).

I didn’t get a chance to take photos in natural light, but even in my dimly lit apartment in the evening, the difference between the two sides is still pretty apparent (to me). If anything, it’s gotten more dramatic, since I’m still able to lift my left brow pretty well. And now, I can’t seem to move my right side (Dysport) whatsoever.

Today, I can tell that the Botox has finally settled in. The difference between the two has decreased, and while I’m still able to lift my left brow with some effort, the lines that show up when I do are barely visible. No offense to Dysport, but again, this is the effect I prefer—movement and flexibility so that I can make some expressions. I’m also happy that my glabellas stay smooth and unaffected when I scowl, so the Botox and Dysport have kicked in on both sides there.

I’m still seeing some lines on the left side of my face. I’m a little disappointed that the results don’t seem to be even on both sides of my forehead, but that’s something I can just wait out. Plus it’s not noticeable whatsoever when my face is at rest, so I don’t expect it to be an issue.

I couldn’t get over how quickly Dysport seemed to work, not to mention how effective it was. That said, I’m not the sort of person who needs instant gratification from this sort of thing. (If you are, though, it seems pretty clear which one might be right for you.) Rather, I usually prioritize movement—because although I’m pretty expressive, especially around the brows, I don’t have a ton of lines to work with just yet. I may stick with my usual Botox in the future but definitely think Dysport is a winner for those who want results ASAP. That’s why chatting with your provider is the best way to find which is better for the result you want—and when you want it. How to Increase Collagen, According to Experts

Collagen, also known as the fountain of youth, plays an important role in maintaining the firmness of our skin, luster to our hair, and strength of our nails. Read about what impacts our collagen levels and some ways to boost yours... 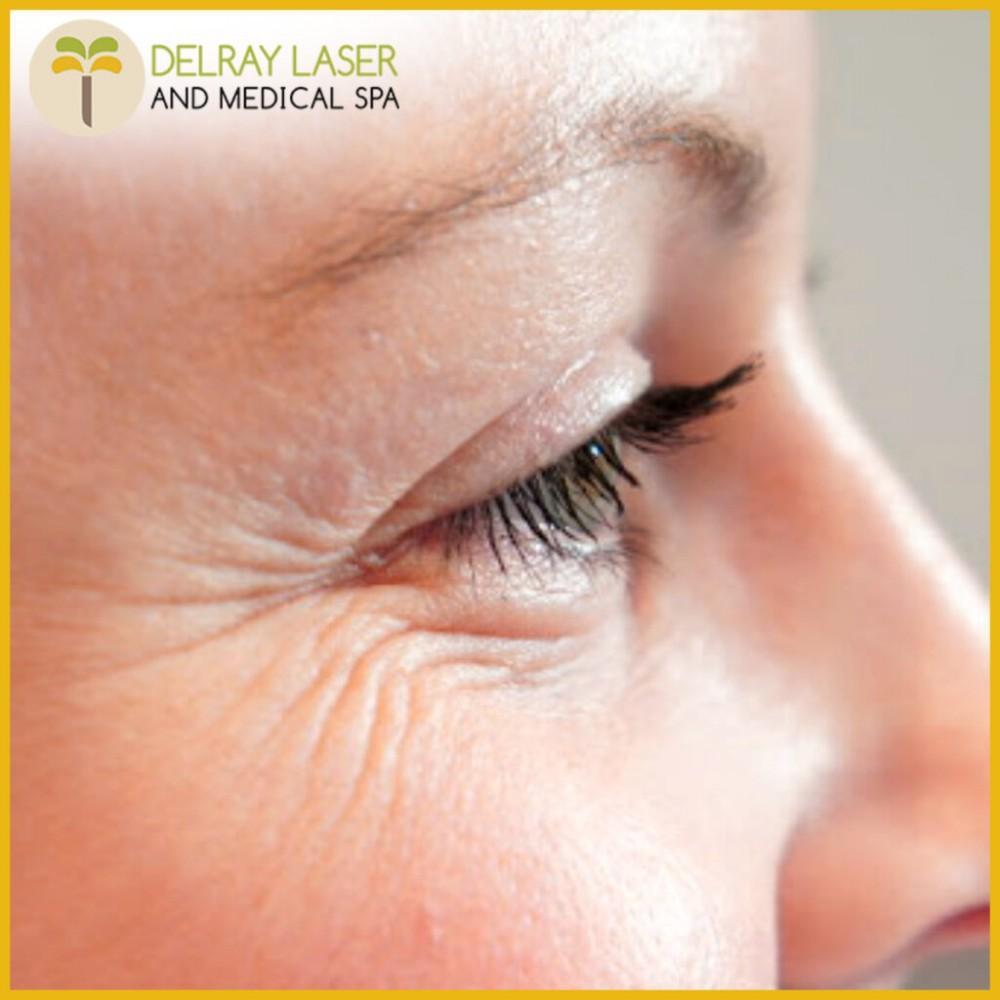 Causes and Risk Factors of Wrinkles

Wrinkles are a normal part of the aging process – but they aren’t as lovable as the wisdom, memories, and intelligence we also gain with age. Factors besides age can also contribute to the development of wrinkles to different degrees... 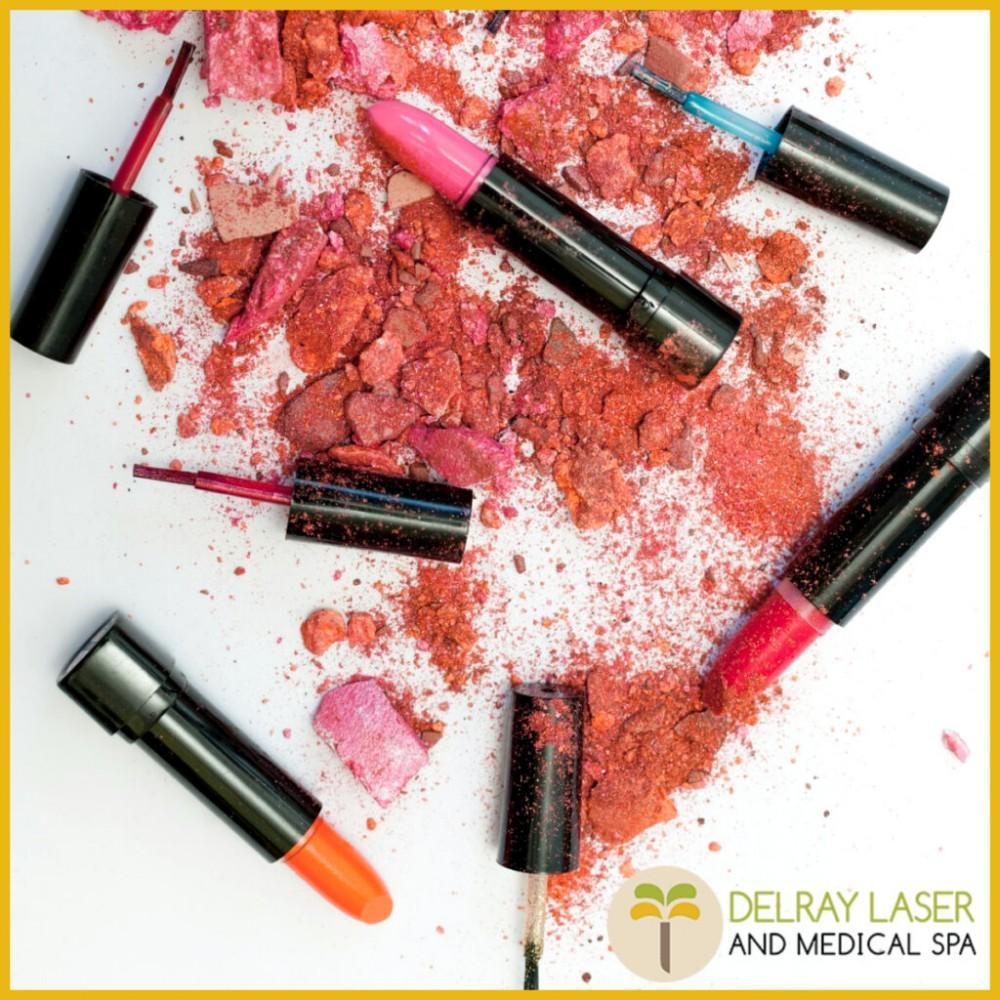 Do We Need To Throw Out Old Makeup And Skin Care Products From Pre-Pandemic?

There is hope on the horizon. We are now dreaming about post-COVID scenarios: like getting back to an in-person social life! It’s also time to get some make-up products back in the rotation. Let’s not forget safety measures... 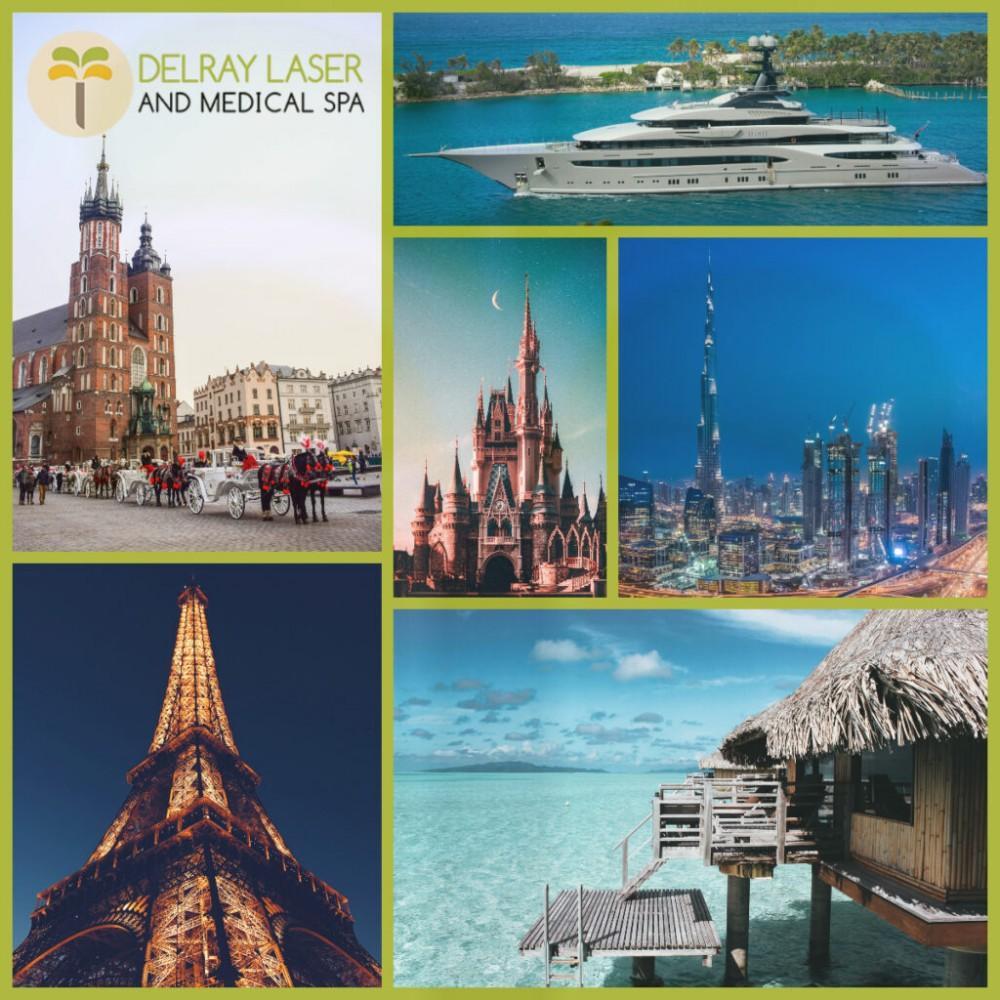 A little fantasizing about travel is a good thing! These days there are rays of hope that unfettered travel will soon be here. You can start your planning now though, as it gives you some mental R and R today. When you do travel, you’ll want to look... 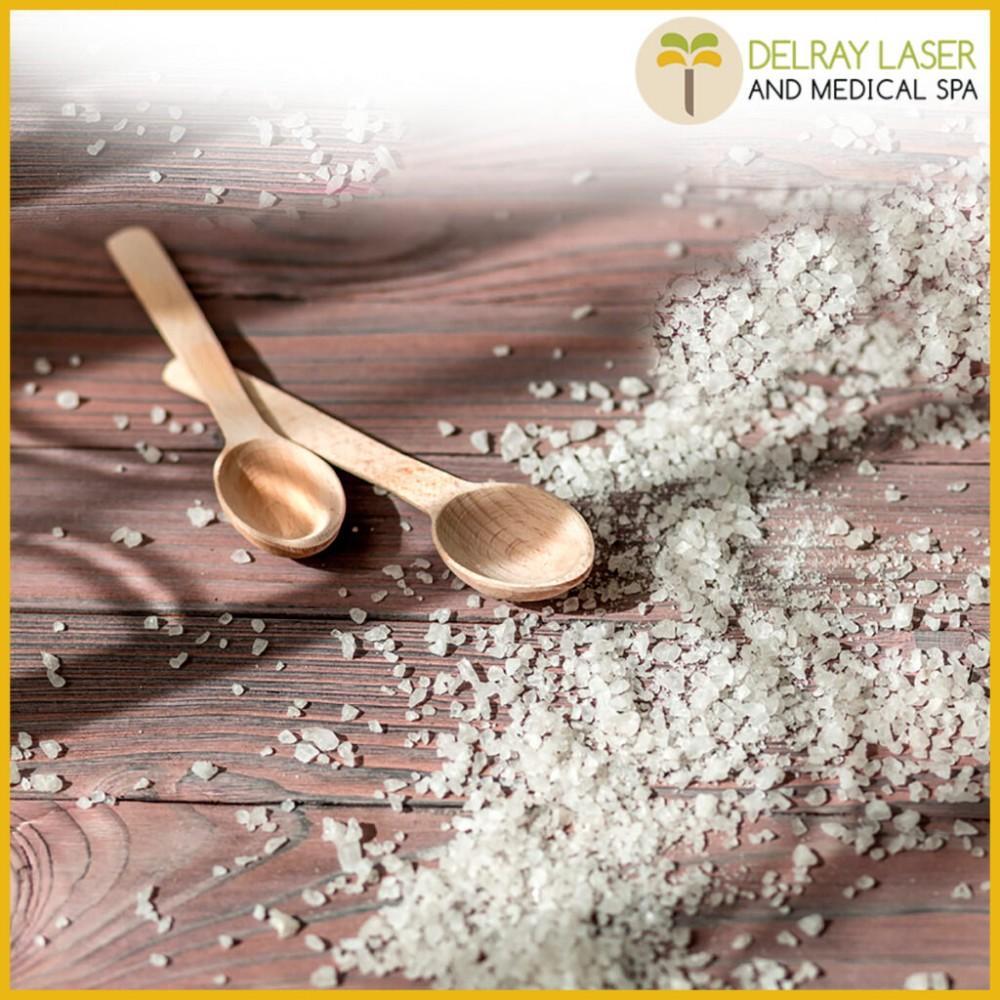 The new year is in full swing and, so far, it still feels a little chaotic. Take heart! Everything is moving in the right direction, and if you need to take a break, then learn here about the delightful benefits of an Epsom salt bath. 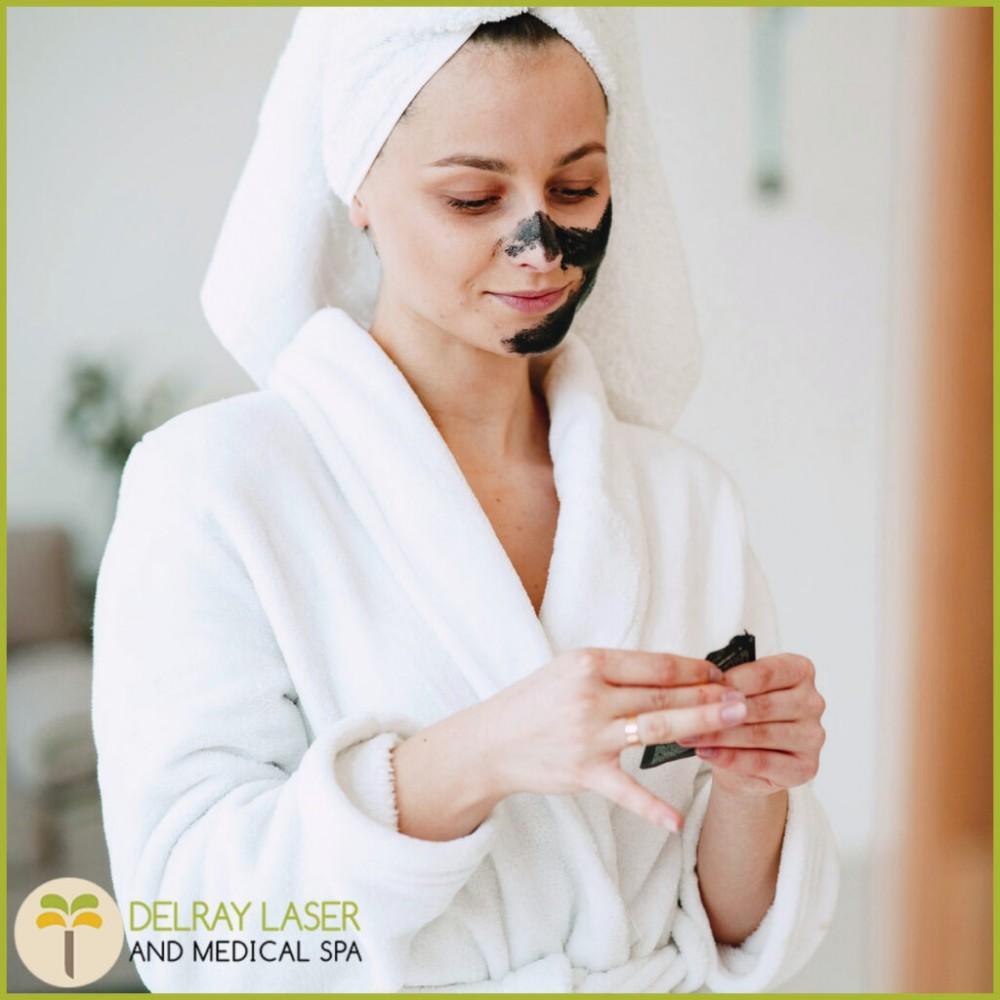 2021 has arrived. What a breath of fresh air! We are all still recovering from the chaos of 2020, so here is a helpful list of beauty trends for this year to get our beauty time back on track!